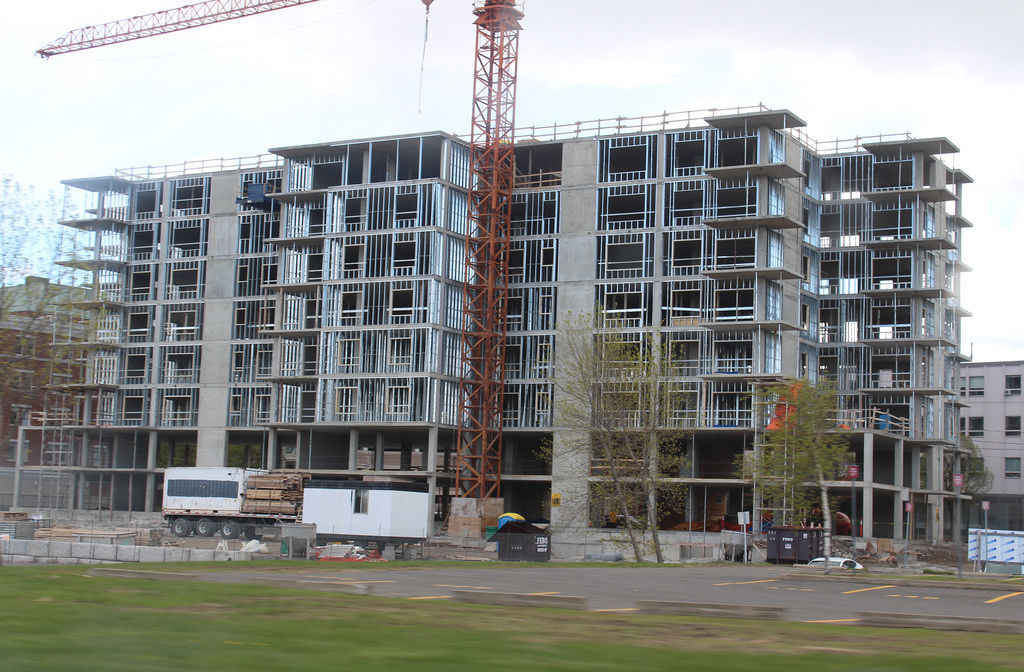 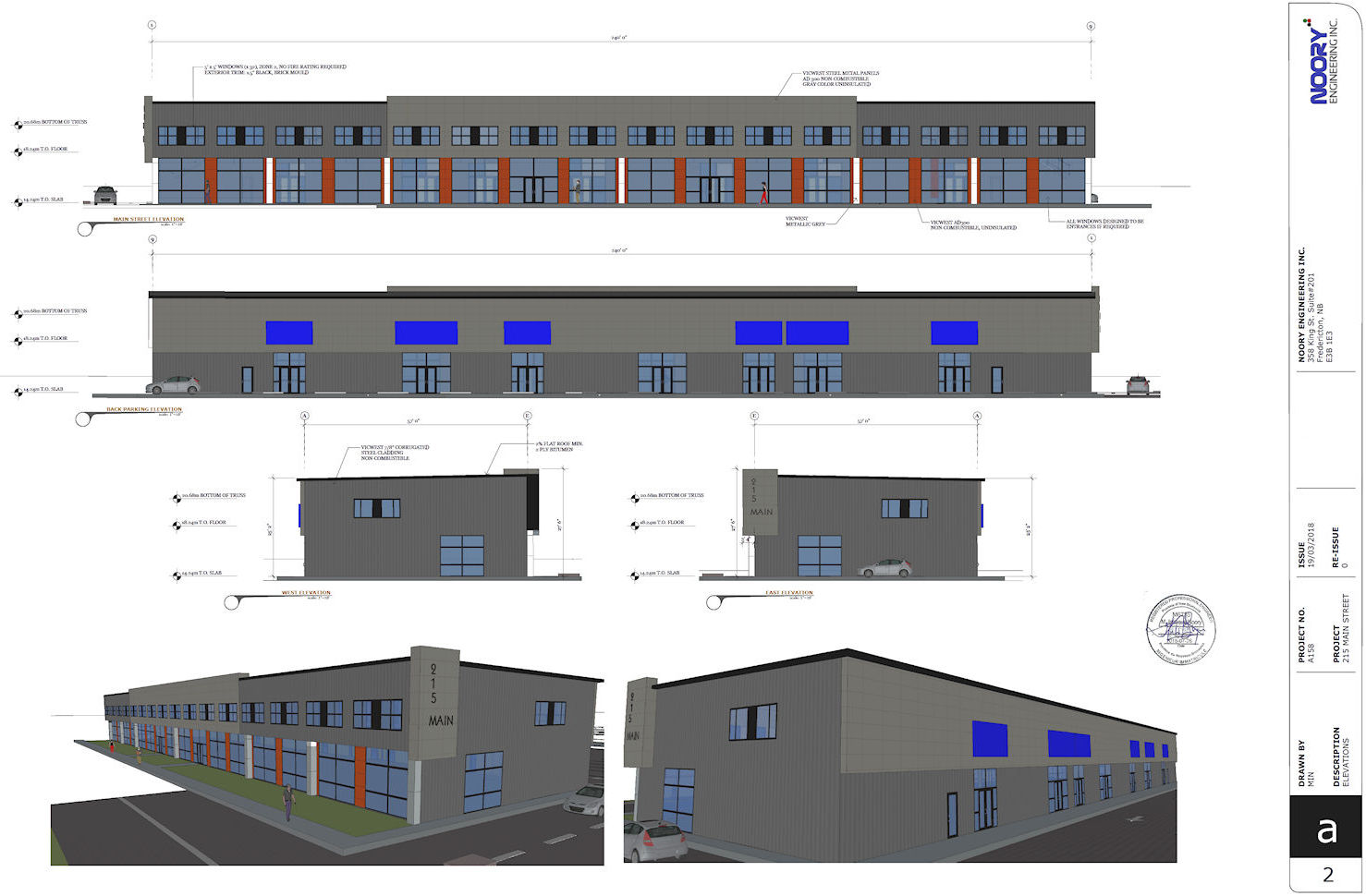 At Noory Engineering, we offer a complete design package and construction services to bring a project from its conceptual stage through to completion. By bringing all project team members together in the design phase, the construction Design-Build approach helps foster a more successful partnership. Our construction experience results in structural designs that are practical and cost-effective to our clients. 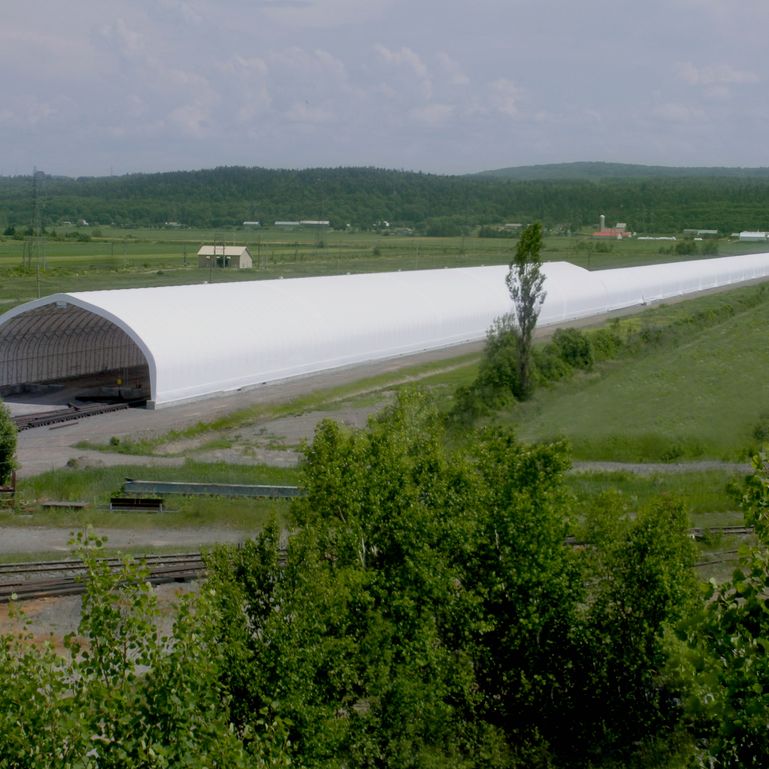 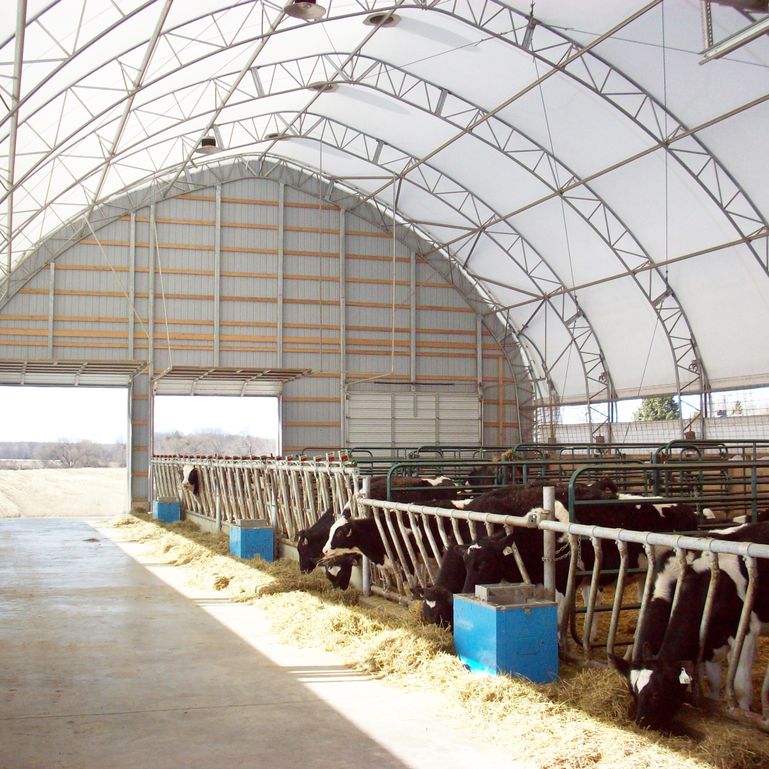 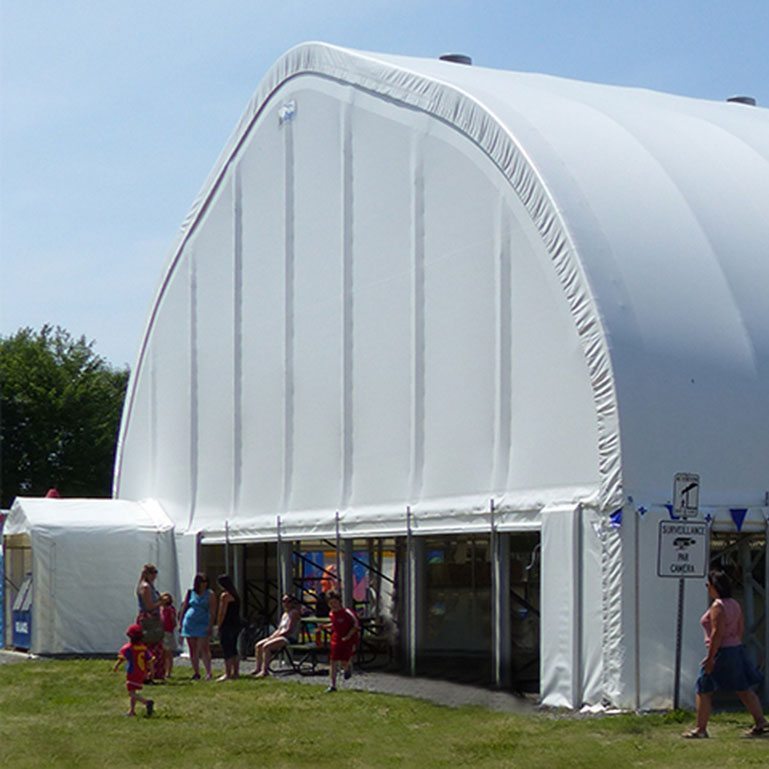 MegaDome® innovative engineered buildings are the ideal solution for all of your storage and protection needs. Their in-house engineering team design innovative and sustainable structures. They can easily customize plans to meet your specific needs. The acquisition cost is lower. MegaDome® buildings are the affordable alternative to any type of conventional building. They can also be assembled and installed for a fraction of the time and cost. 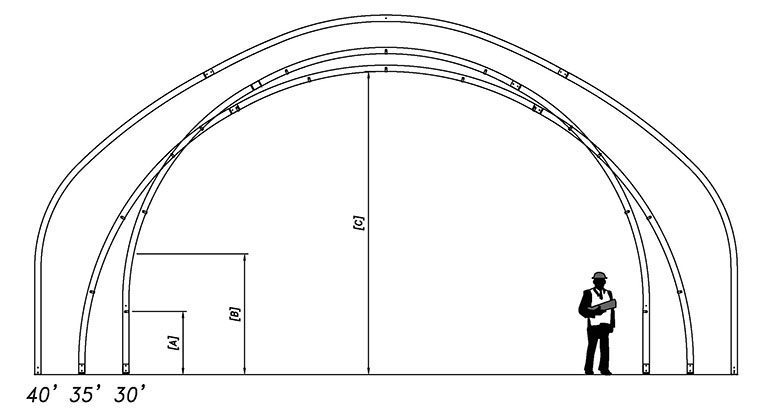 EZ Series – A temporary or permanent, safe and durable structure adapted to occasional needs and small projects. Installation is quick and easy. 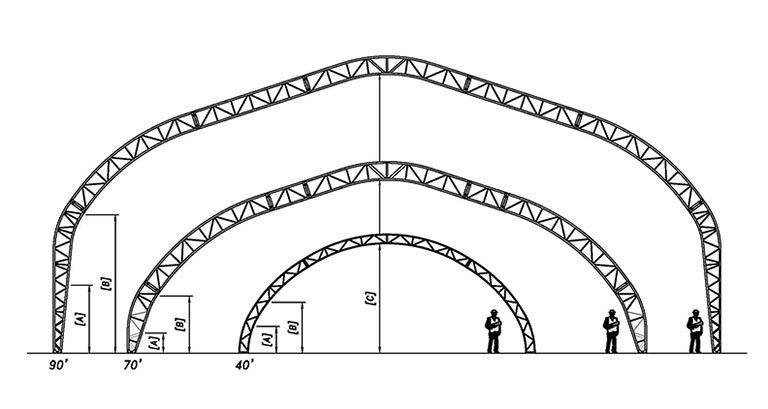 DB Series – These modular fabric buildings are ideally suited for the specific needs of the industrial, municipal and agricultural sectors. 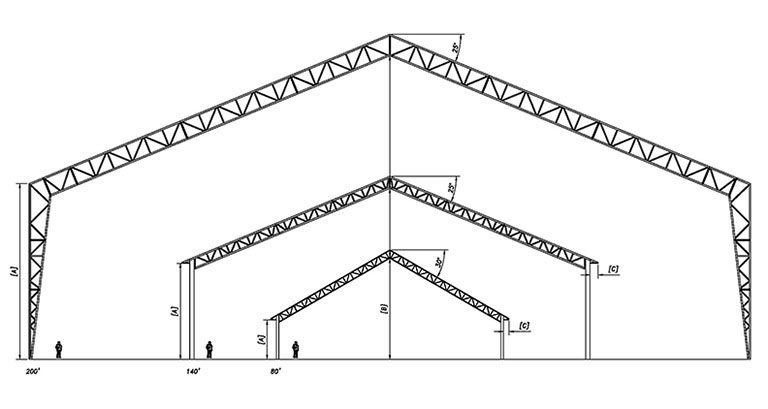 AR Series – With custom engineering adapted to meet very specific needs, these buildings combine the innovative MegaDome® design and all of the benefits of conventional buildings. 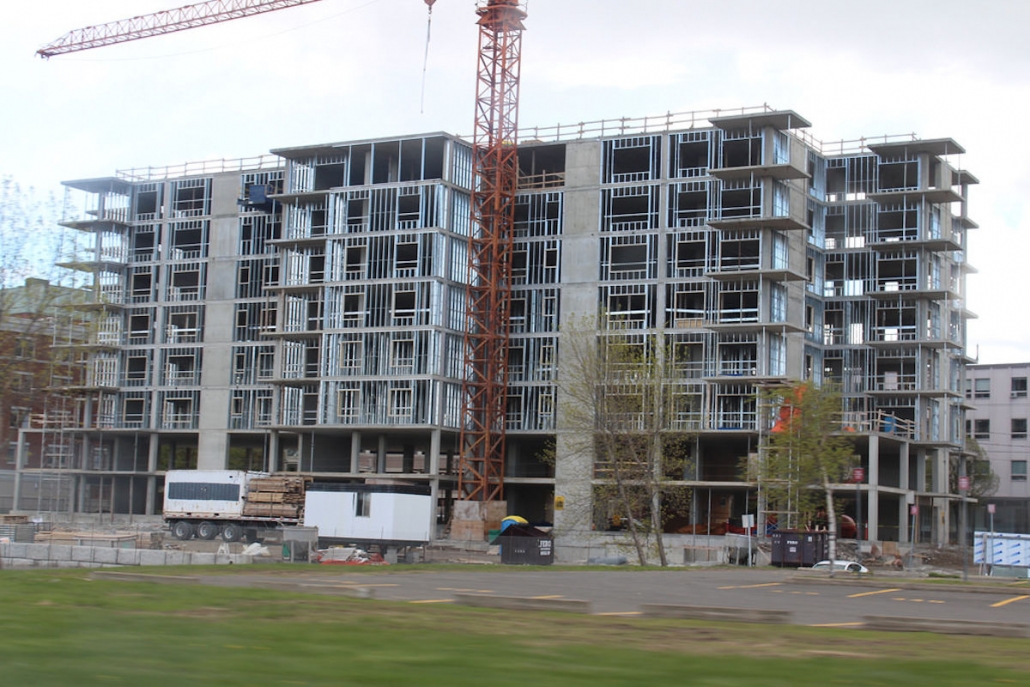 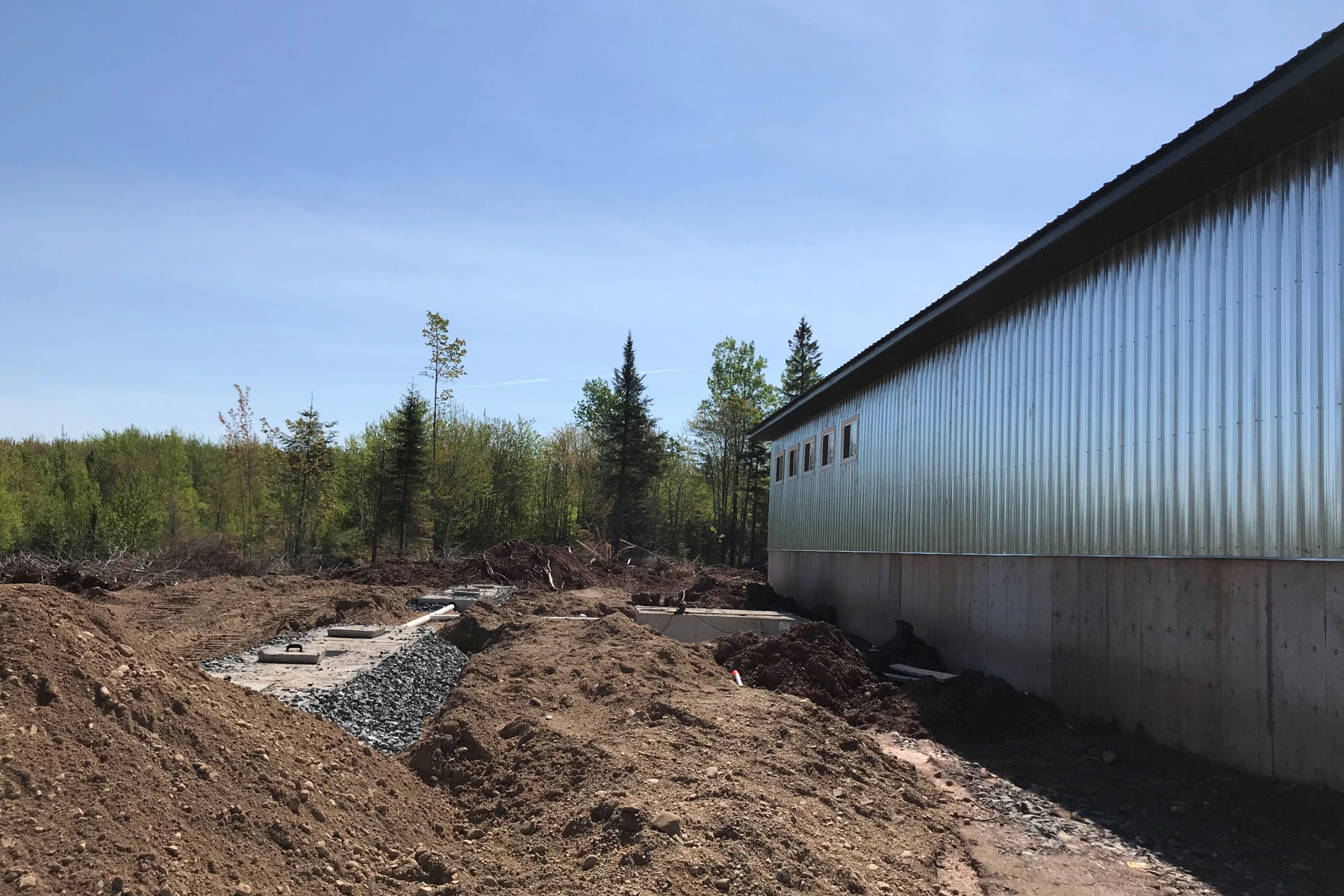 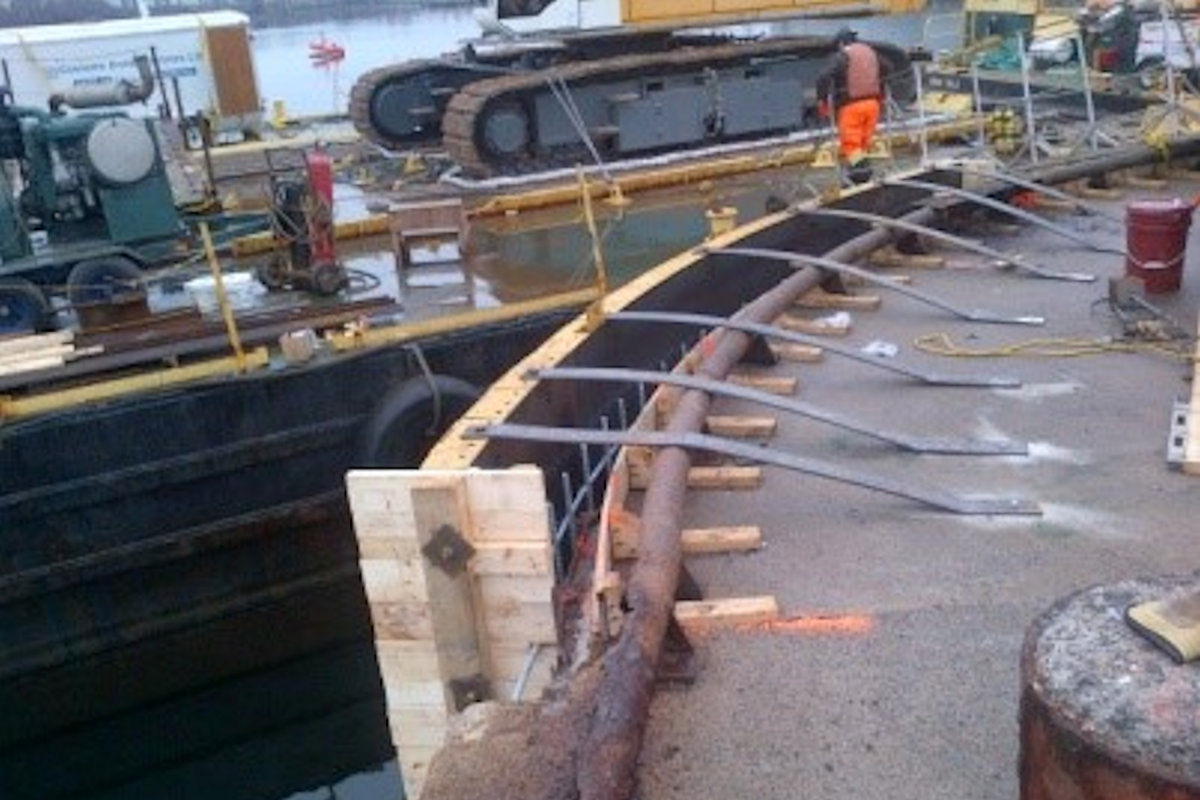 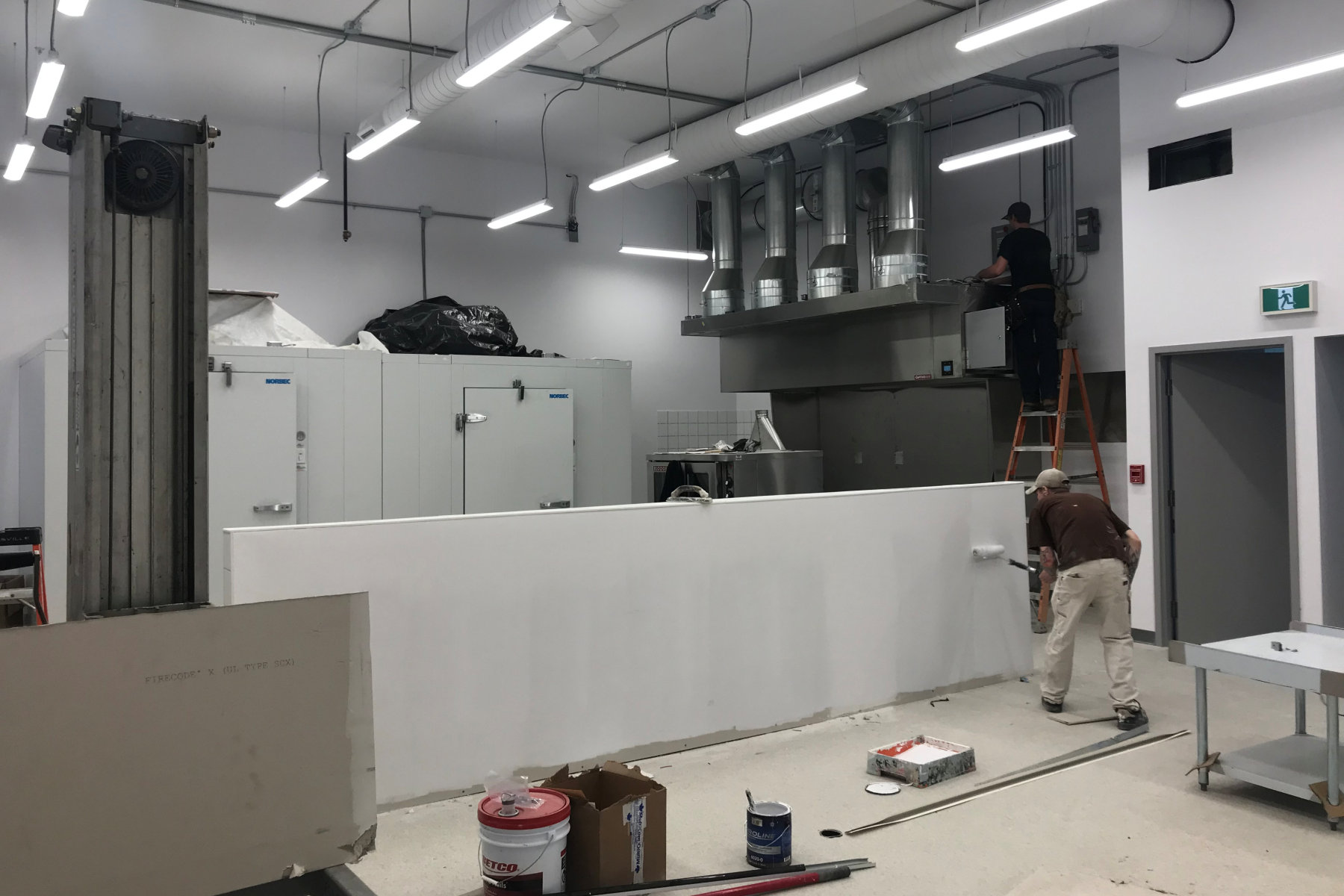 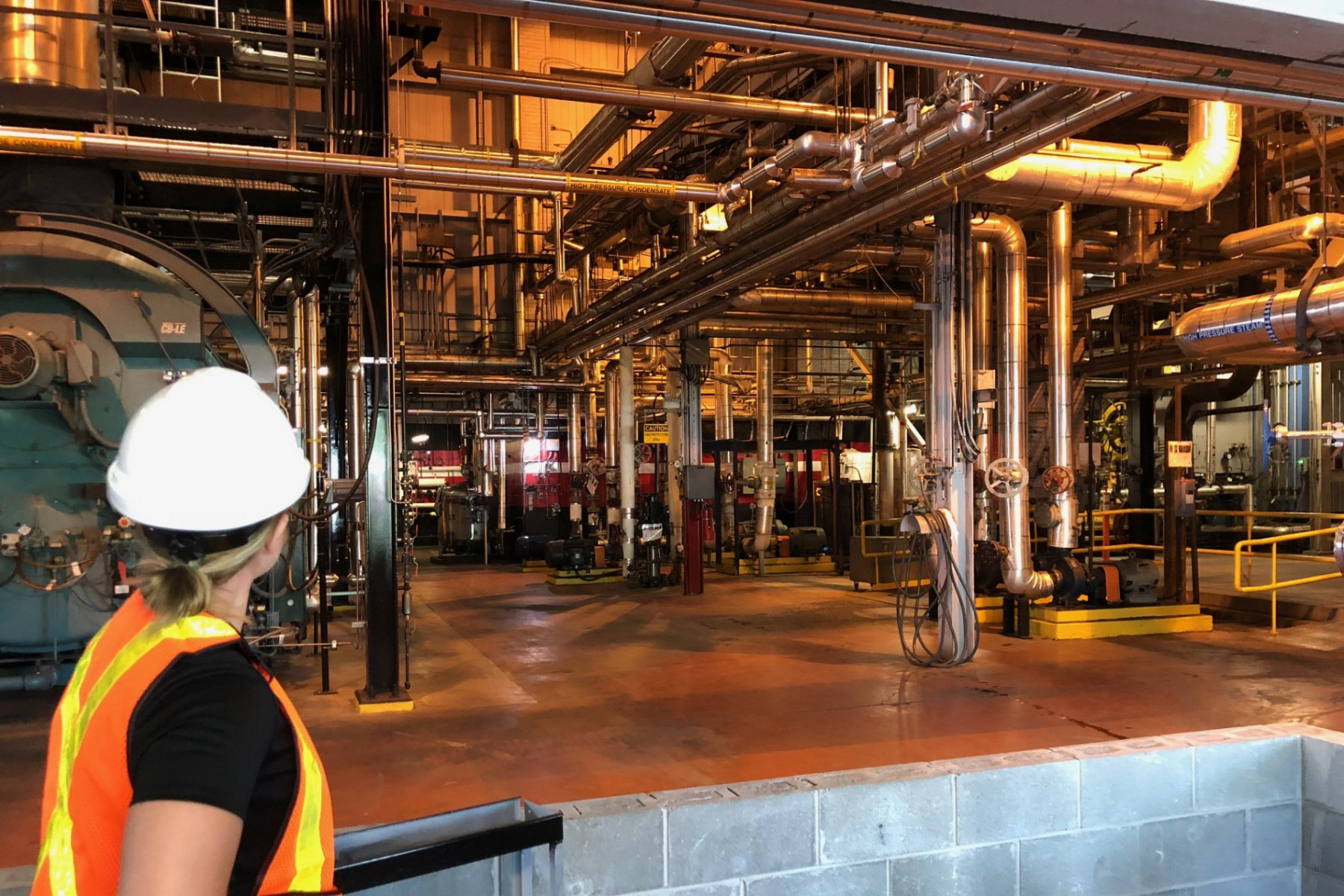 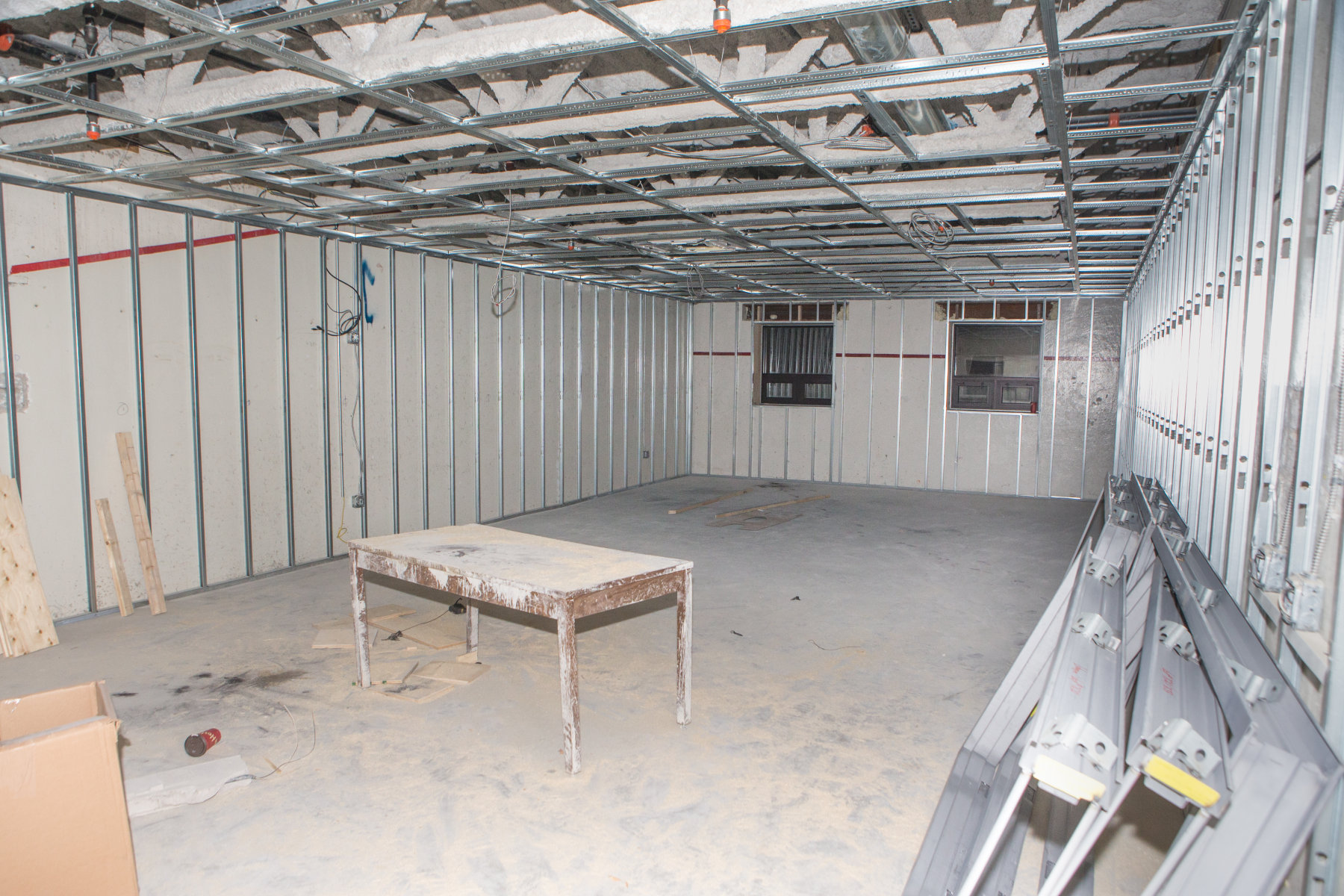 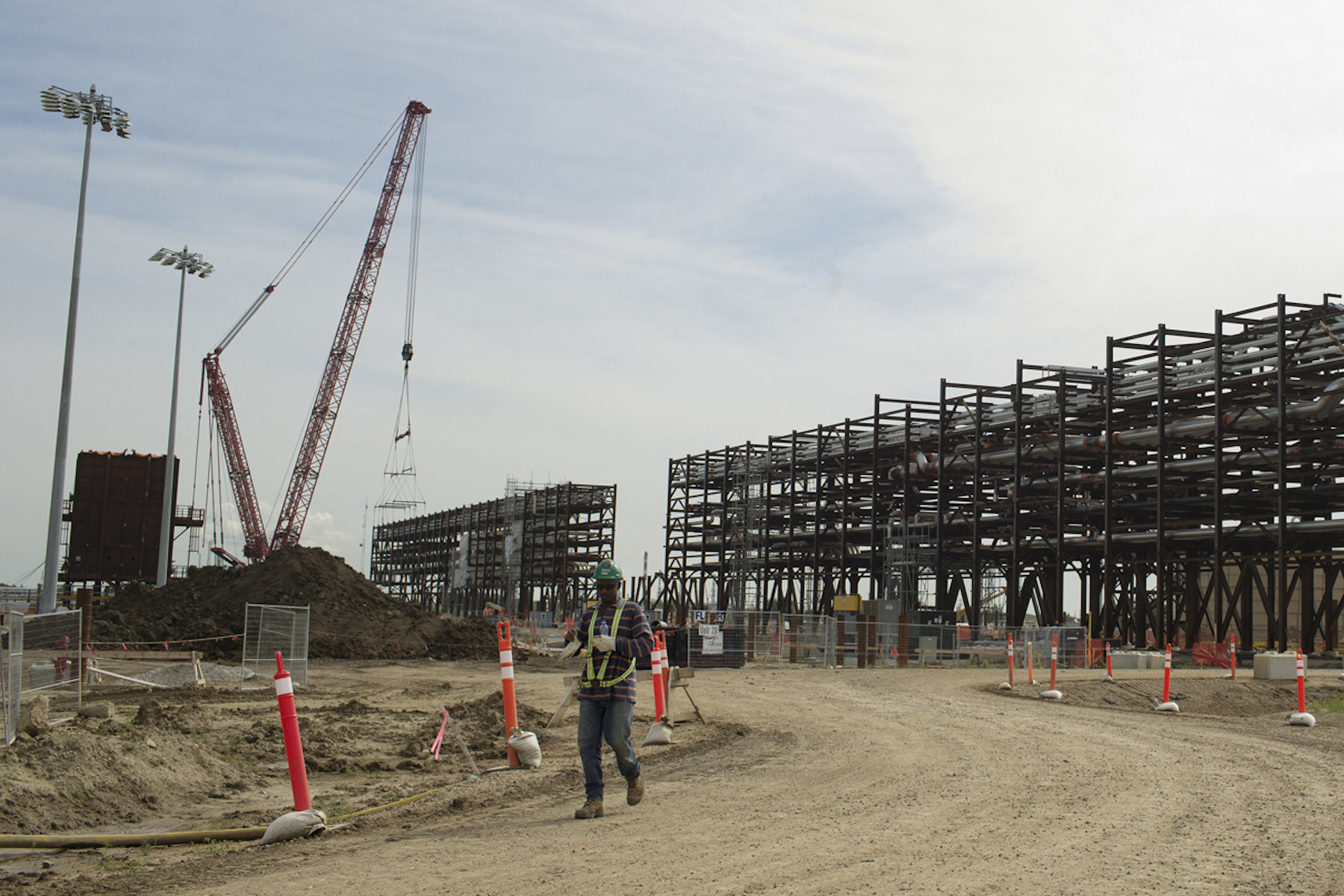 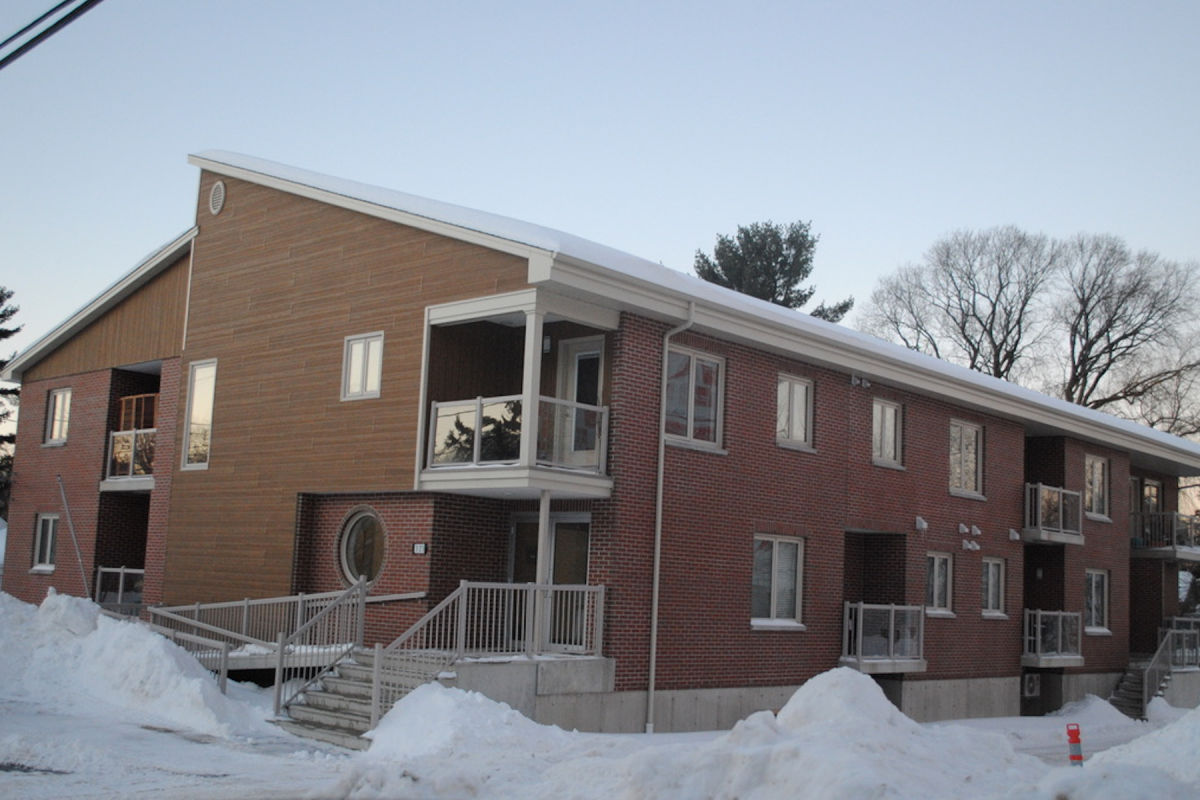 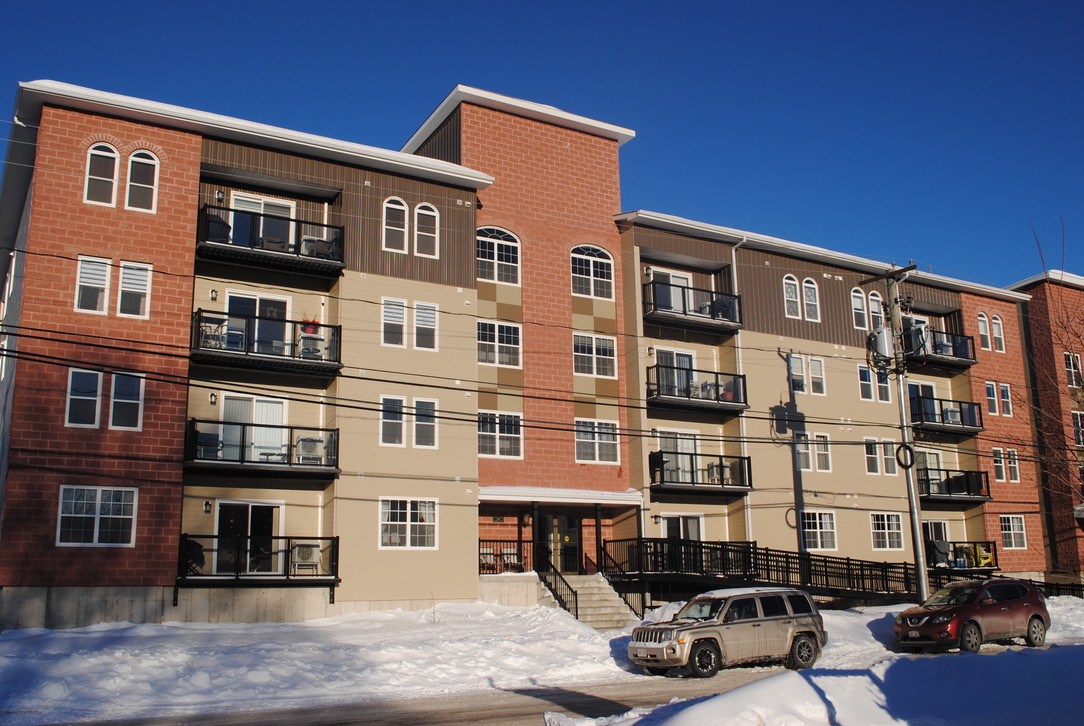 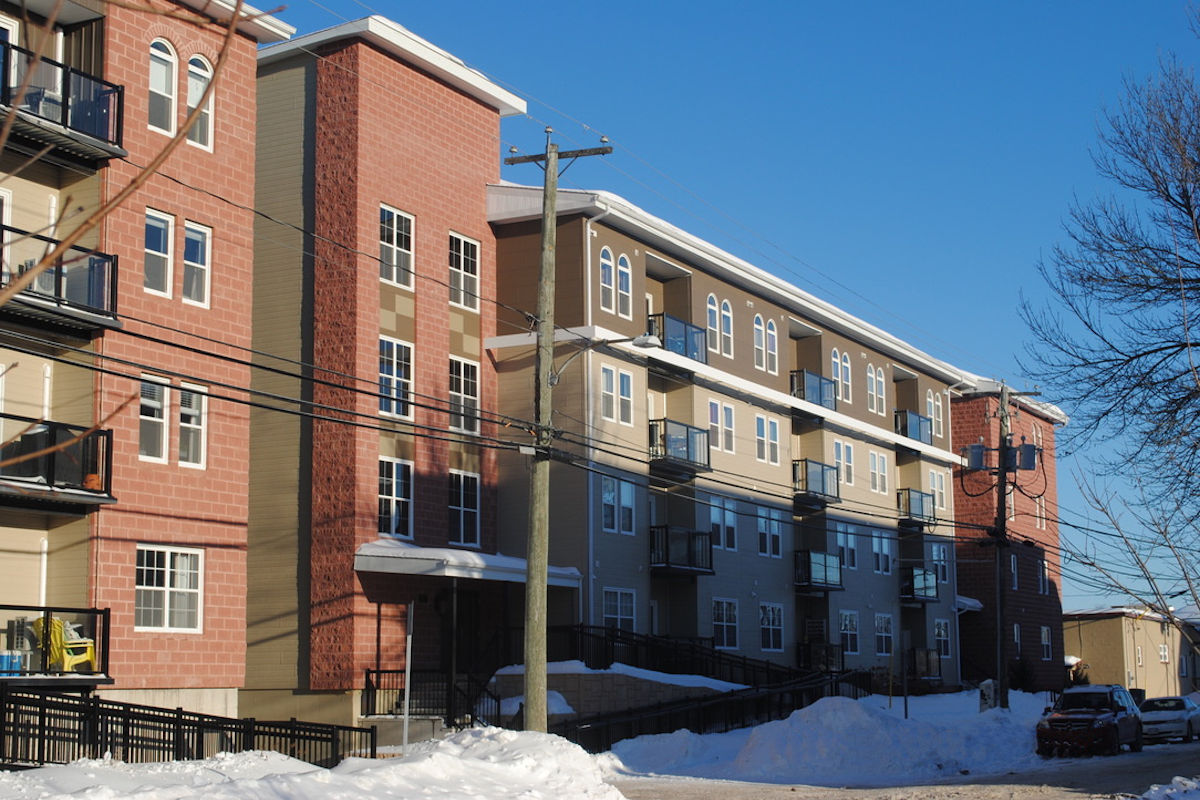 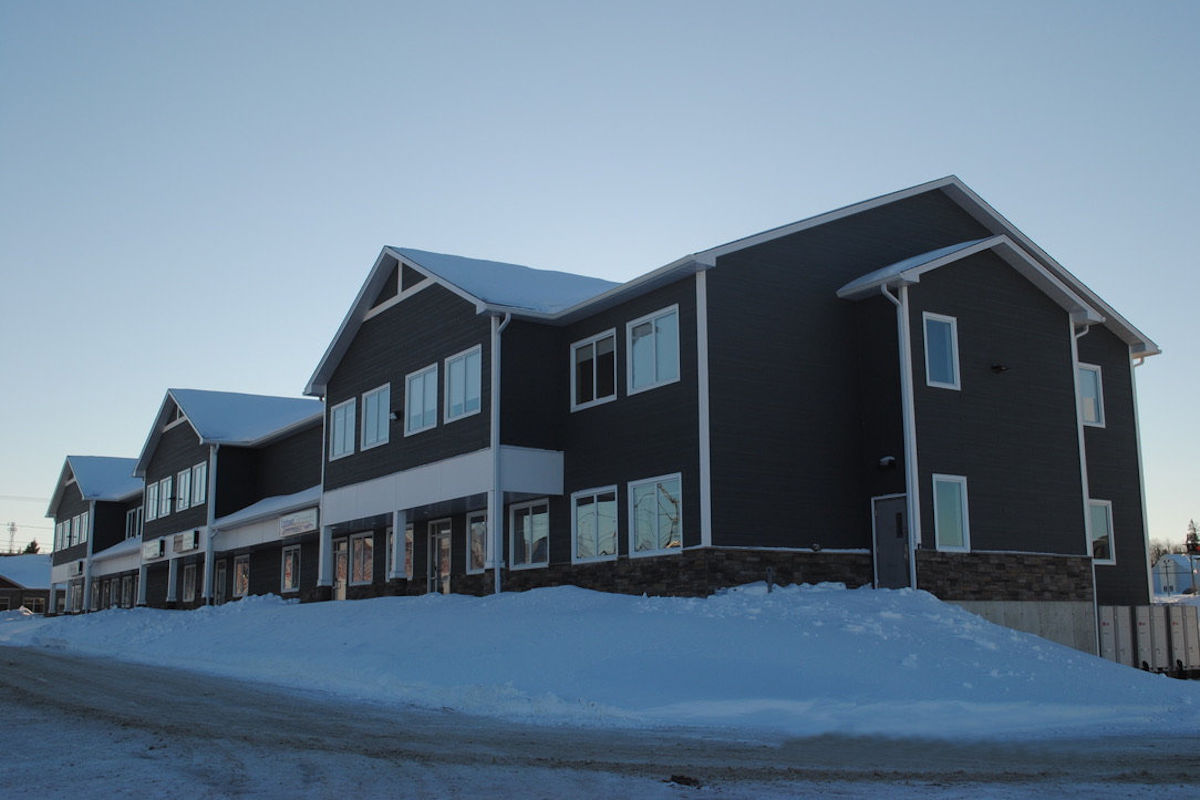 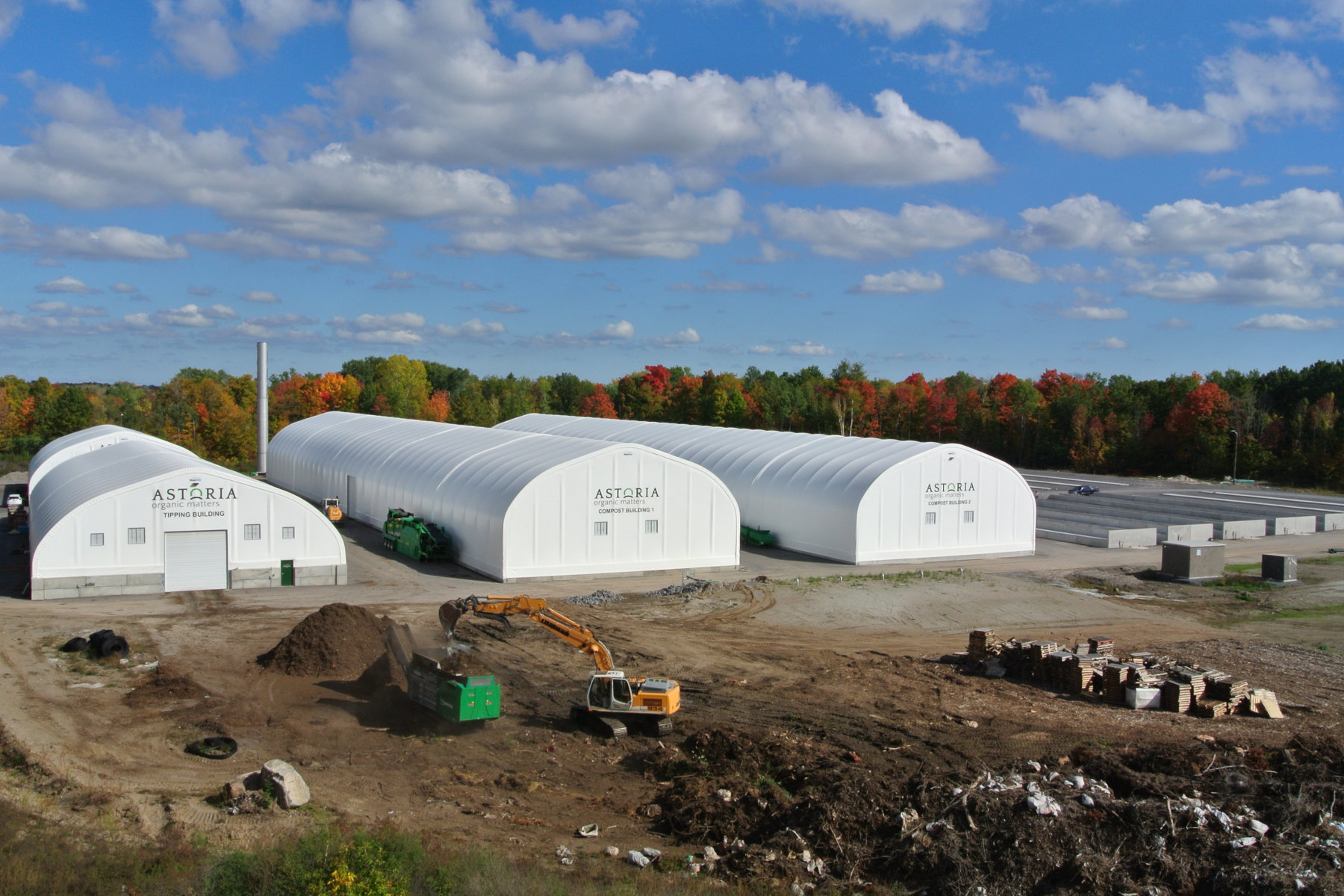 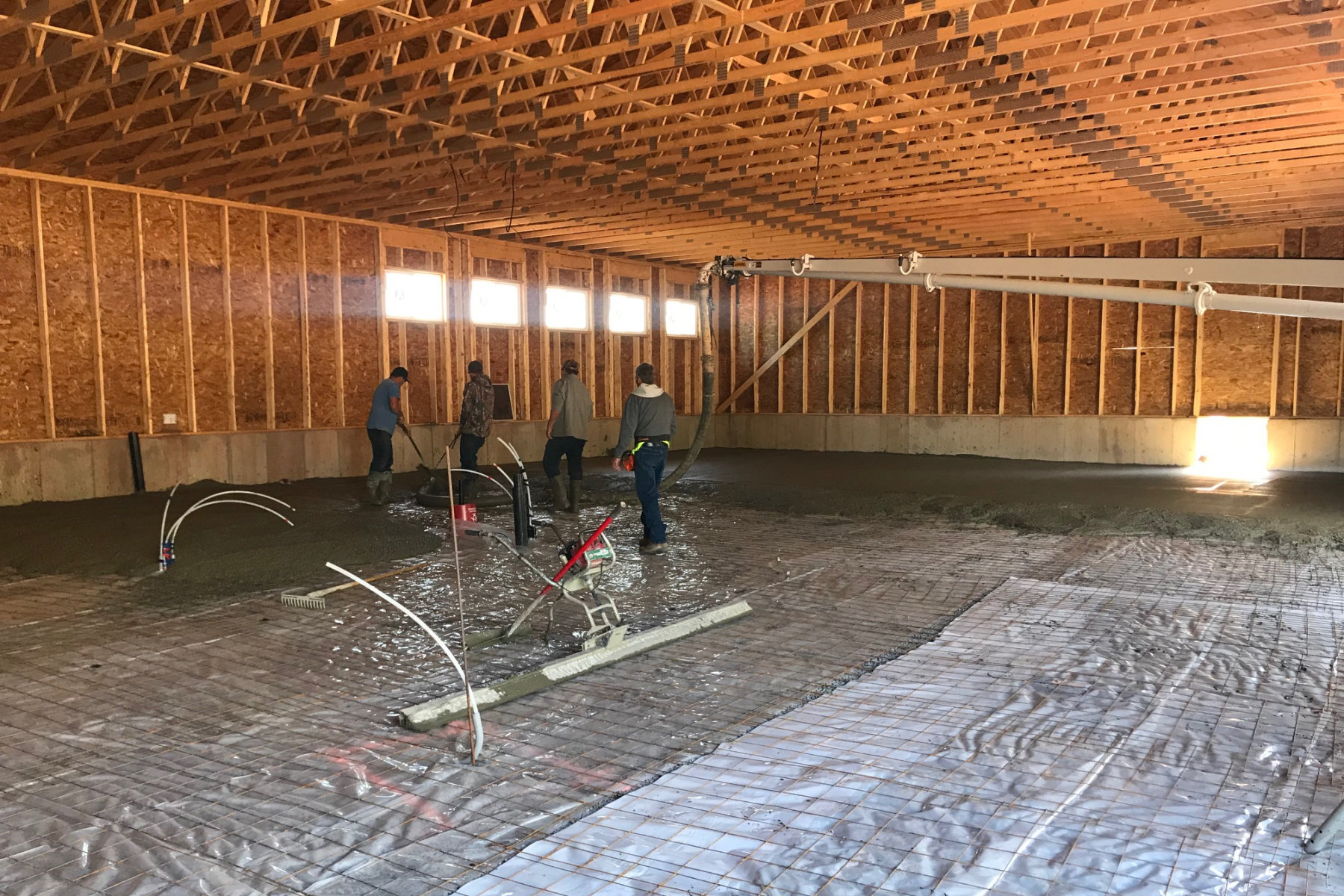 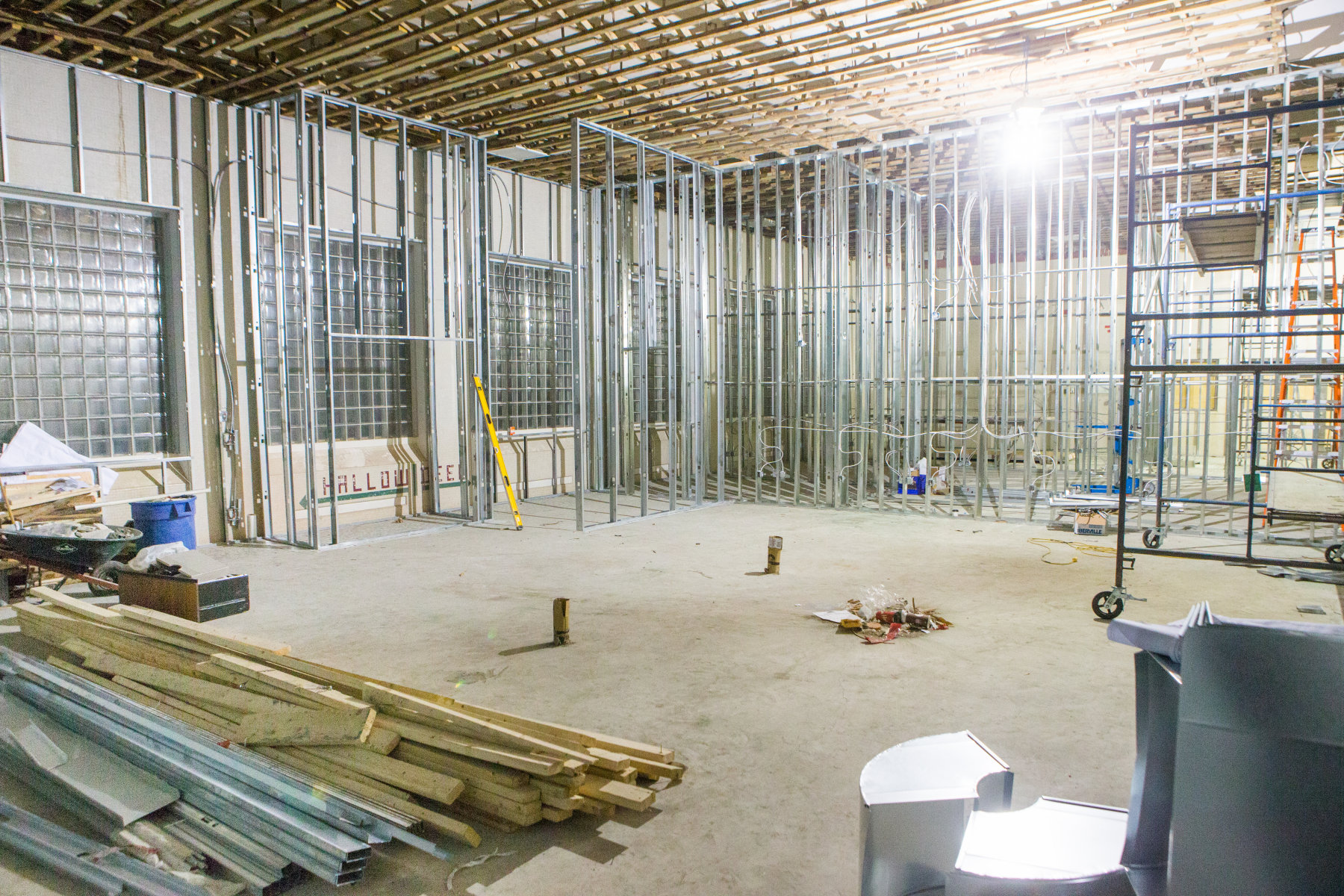 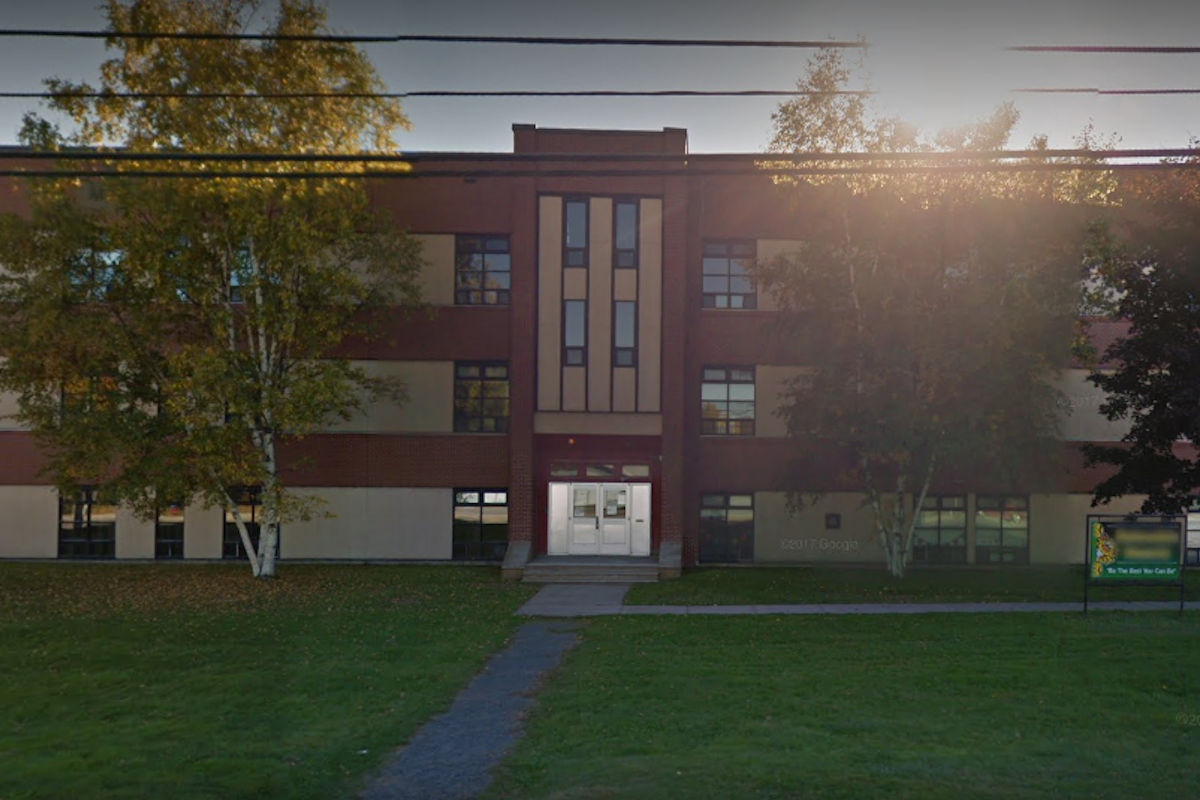 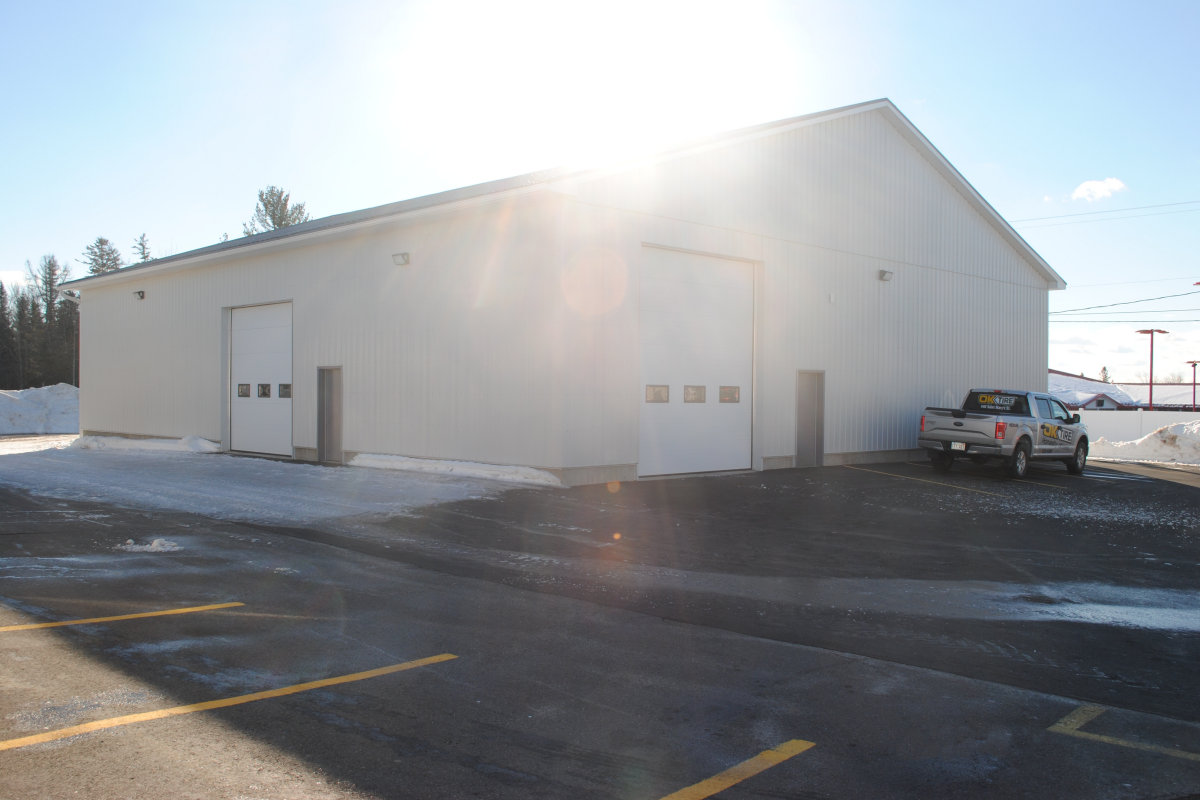 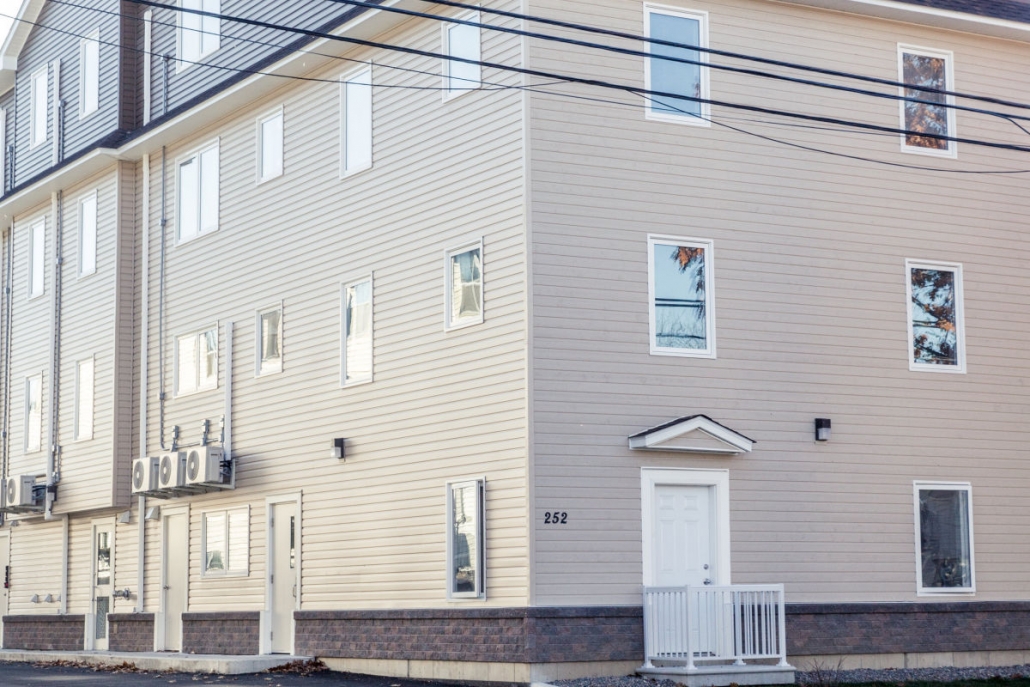 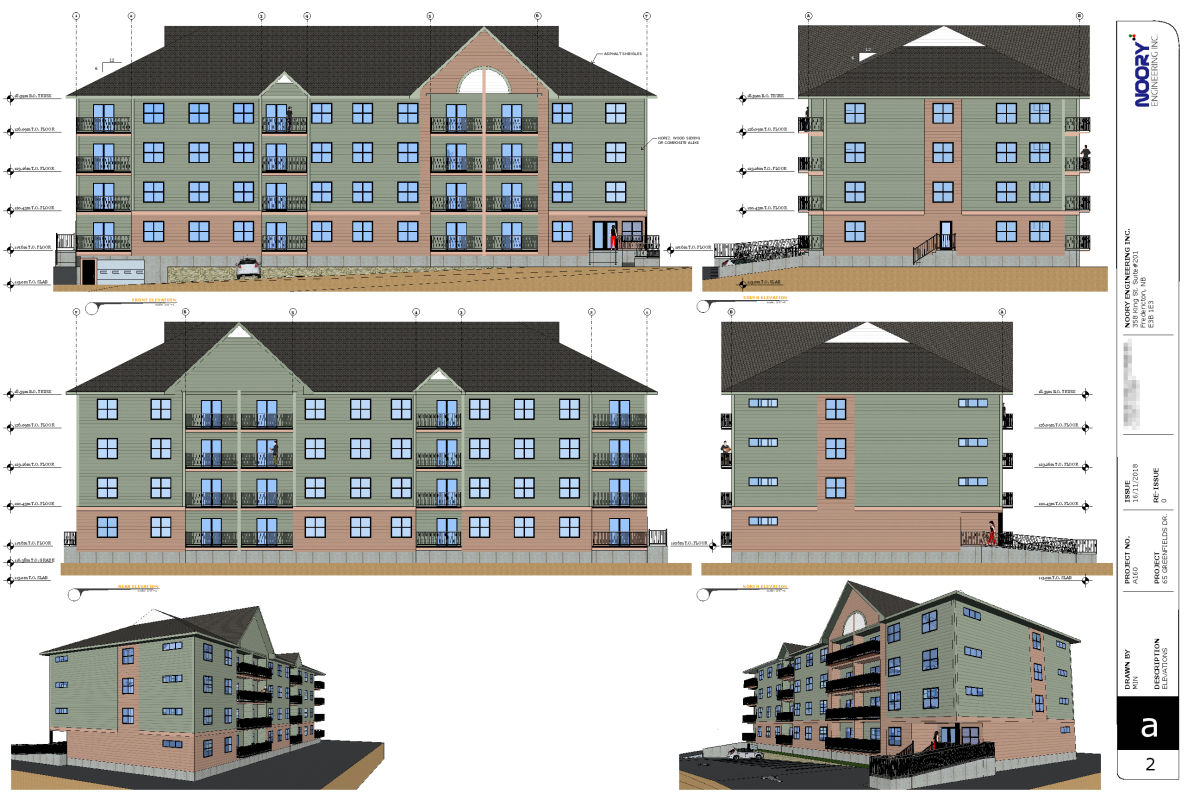 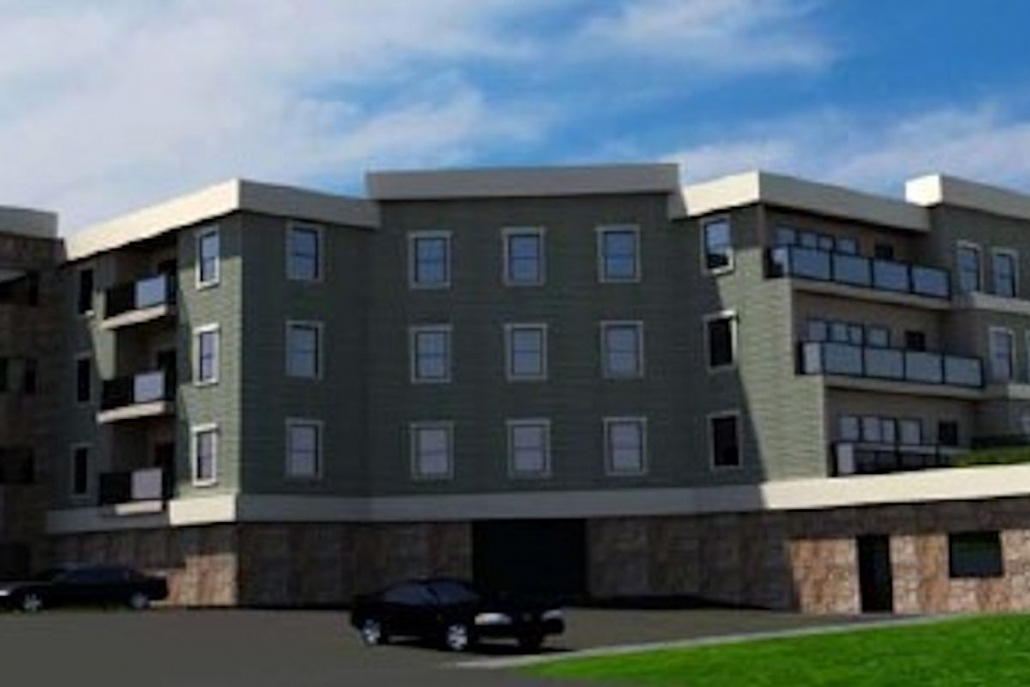 Noory Engineering Inc. is a structural engineering and design firm serving the Atlantic Provinces and Ontario. We specialize in providing engineering consulting services in:

Structural and foundation engineering services include structural evaluation, analysis, design, inspection, gravity and seismic design of new structures and retrofitting of existing structures. Our expertise ranges from design of bridges, buildings, industrial, infrastructure and municipal structures to working in Design-Build and P3 contracts that demand fast-track, efficient and value engineered designs. We also provide research services with a mandate to narrow the gap between research and practical engineering.

Design is carried out by Principal, M. Ishaque Noory, P.Eng and PhD researcher, with the objective to provide fast, high quality, innovative and cost effective solutions using the latest analytical and design tools. We have experience working and co-coordinating with owners, architects, engineers, developers, suppliers and contractors as well as research institutions to achieve this.

We tap into our experience as a builder, general contractor and engineer on various projects. We work with architects, developers, and various trades to achieve the desired outcome.

To provide professional engineering services, develop cost-effective solutions and long-term relationships with both the client and industry, and contribute to our local communities. 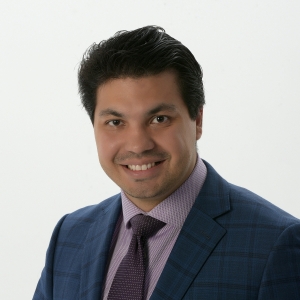 He has worked with ADI, currently known as Exp, as a structural engineer for 5 years. Prior to that, he worked with SNC-Lavalin (Brun-way) on a P3 project twinning the Trans-Canada Highway in New Brunswick. His Brun-way background has given him extensive experience in highway/bridge design and construction, PPP Project management and coordination between contractors and designers. He is respected and active within the academic circles of University of New Brunswick and headed the Hybrid Construction Research Group. He has more than 8 scholarships from UNB, an NSERC research award and an award from the Association of Professional Engineers of New Brunswick, APEGNB. He published several papers and presented in national and international conferences, in Italy and Japan.

Harry Varjabedian is a professional civil engineer member of Ordre des Ingenieurs du Quebec., with over 30 years of experience. Harry has several other certificates, in executive financing, construction safety and project management.

The latest assignment was with OHL Canada, in charge of the Design Build tender for the New Champlain Bridge in Montreal, including negotiations with designers and subcontractors, structuring the project, methodology, planning, risk analysis, and estimating.

Harry has managed several companies executing projects with high level risks nationally and internationally. He is a member of CCPPP. The project (Route1 Gateway project in New Brunswick) that Harry had directed received national Gold award at the annual CCPPP conference which was held in Toronto, on Nov 7 2013, for 2013 Infrastructure Projects.

The PPP projects that Harry had directed in New Brunswick were TransCanada highway construction with several bridges, overpasses, interchanges and difficult water courses, compressible soils and wild life passages.  The two projects encountered unknown Archaeological sites which  had to be found a solution to bypass it and re align the highway and the bridges accordingly and still respect the schedule and the budget. Both projects finished before time and below budgets with no disputes.

Professor Ian Smith DSc, PhD, C.Eng., P.Eng., F.ASCE, F.IABSE, F.ICE, F.IStructE, F.IMMM, F.IWSc is widely regarded as a world leader on hybrid construction and structural use of timber (and other wood based products). He is professor of structural engineering at the University of New Brunswick (UNB) in Canada and visiting professor at the University of Trento in Italy. He serves on a range of committees including the Canadian Standing Committee on Structural Design, the Canadian Commission on Construction Materials Evaluation and the International Association for Bridge and Structural Engineering (IABSE) Working Commission 2 – Steel, timber and composite construction. Currently his research includes leading activities on hybrid construction within the Canadian Strategic Network on Innovative Wood Products and Building Systems.

The principle that drives Professor Smith’s research and consultancy is belief that the behaviour of complete structural systems can only be understood through study across all levels of physical dimension. This has led him, collaborators and students to delve into a broad range of issues related to structural mechanics, structural analysis, structural reliability, building science, materials science, and related topics like human factors. Much of Professor Smith’s activity is carried out within a multi-institutional and multidisciplinary environment. Amongst other awards he is recipient of the American Society of Civil Engineers’ J. James R. Cross Medal awarded for outstanding Civil Engineering contributions to engineering science. He has authored over 250 papers and reports in open professional literature.

Send Us an Email

Maps were disabled by the visitor on this site. Click to open the map in a new window.
Scroll to top